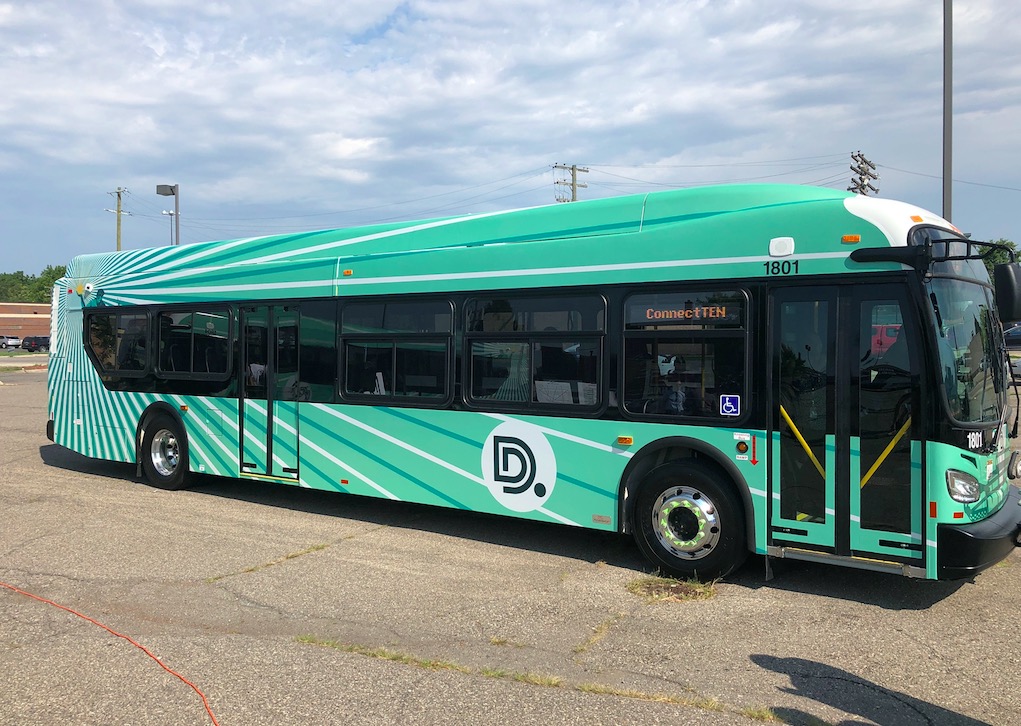 As the Detroit Department of Transportation weighs a potential fare change for riders between the city and suburbs, more changes are in store for the department as it unveils an upgraded route system, WiFi-enabled coaches and a new logo.

The move means a change in route numbers — but not the routes themselves — for some of the city’s most trafficked connections, including Grand River, Gratiot and Jefferson. About 60 percent of DDOT riders use the ten routes already. One route, the Crosstown, adopts a new name: Warren.

Two of the routes migrating to ConnectTen, Vernor and Greenfield, will now run 24/7, bringing the total number of 24/7 routes in the city to 12.

DDOT’s longstanding logo, the bauhaus-style green-and-yellow icon, gives way to a modern logo with two letter D’s next to a period. The new branding extends to bright green exterior wraps, with white and gold rays extending from the Spirit of Detroit logo. While the new logo will be used immediately, the wraps will be gradually rolled out on buses over the next year. And in a first for the department, free WiFi will be enabled on ConnectTen buses by the end of September.