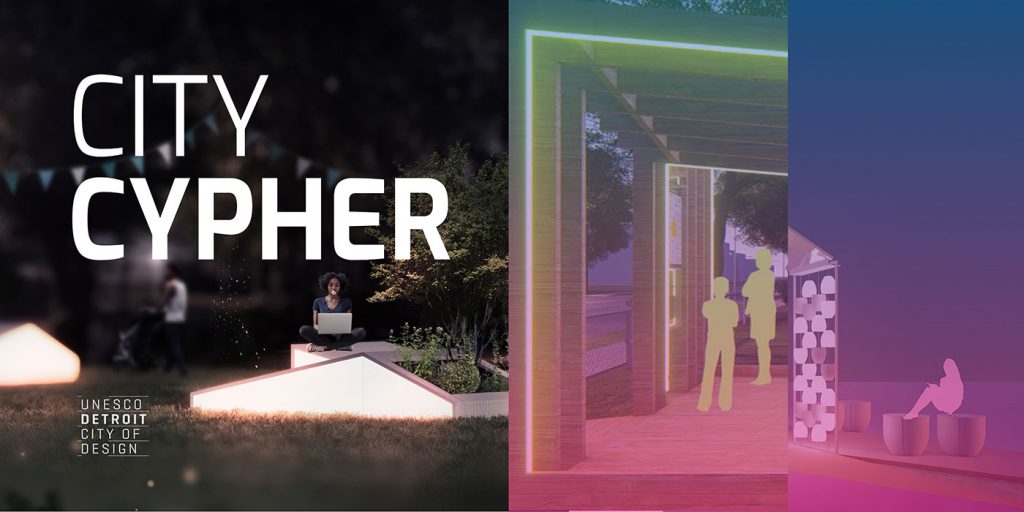 Prototypes will be on view at Beacon Park from September 20-October 13, 2019.

The City of Design competition is made possibly by John S. and James L. Knight Foundaton. City Cypher is supported by the DTE Beacon Park Foundation, programmed by the Downtown Detroit Partnership and Design Core Detroit.

About the Detroit City of Design Competition
As an international, multidisciplinary competition, designers hailing from all 31 UNESCO Cities of Design were invited to prototype design solutions for Detroit neighborhoods that address safety and walkability. The goal of the competition is to design and test creative, innovative design solutions that make it easier for all Detroiters to move freely, safely and efficiently around their communities. The three prototypes will be moved to their respective neighborhoods in April 2020, where they will remain for four months.

Each winner was commissioned $20,000 for the design and implementation of the prototype.