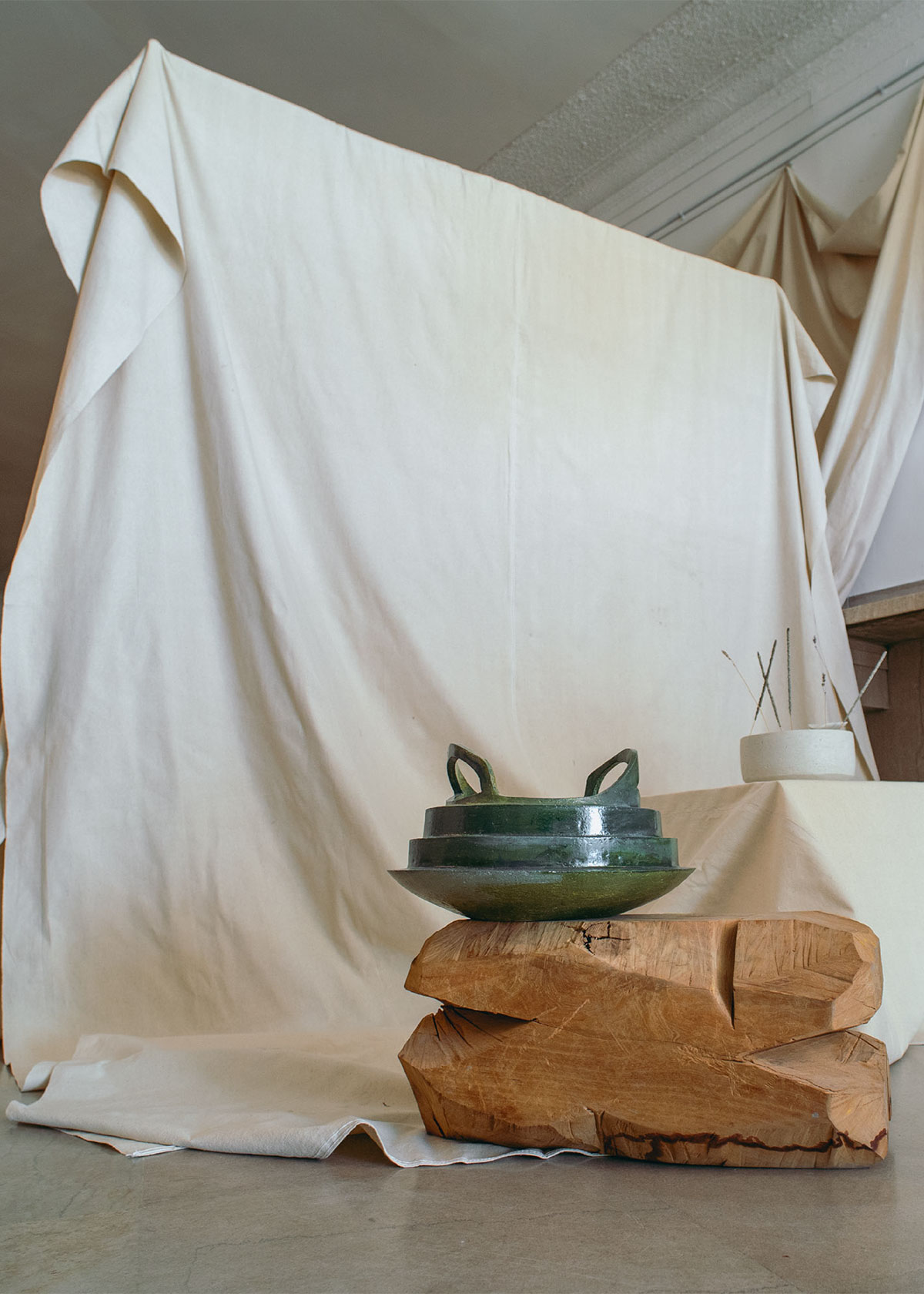 In 2020, we celebrated 10 years of Detroit Month of Design. Take a trip down memory lane with us as we look back at the past 11 amazing years.

DC3 was founded in partnership with College for Creative Studies and Business Leaders for Michigan to serve as the champion of the Road to Renaissance, the first comprehensive strategy developed to accelerate economic growth for the Detroit region. Matthew Clayson, the first Executive Director, leads the DC3 to support the growth of Detroit’s creative economy.

“The buzz for this year’s Detroit Design Festival, which begins this week with a stellar kickoff event in one of the city’s most spectacular lobbies and ends at an airplane hangar, started building months ago. It would be bigger, it would be better, it would include more neighborhoods, more designers, more artists.” – Model D

The first annual Eastern Market After Dark takes place thanks to an idea from a community member. DC3 also hosts the first Youth Day with a mission to introduce Detroit youth to the many opportunities within design.

A World Record for Longest Hopscotch

Drinks x Design is launched as a monthly meet-up for creatives to connect and explore design studios in Detroit.

“Each day of the festival had activities, performances, parties and installations centered around a different part of town…Much respect to the DDF for pushing the boundaries this year, and taking the festival energy off the beaten path, to help design devotees discover ever more aspects of a city where inspiration is looming up every avenue.” – Knight Foundation

The fourth annual Detroit Design Festival and the second Dlectricity outdoor festival of art and light (organized by Midtown Inc.) partnered to share six days of overlapping programming in Midtown including the Design Village which was located on the corner of Woodward and Warren.

In celebration of 32 creative enterprises relocating to Detroit in four short years, DDF hosted the first ever Design Crawl. DDF attendees embarked on a self-guided tour on the People Mover, enjoying a behind-the-scenes tours of Detroit architectural gems and award-winning design studios like Gensler, AIREA Studio and Gyro.

5 Installations Take Over the Dequindre Cut

DDF partners with the Detroit Riverfront Conservancy to debut Under The Cut, a series of five large scale installations created by designers from around the world inspired by the theme of “play.” Located on the Dequindre Cute, winning installations on display included Lazermaze by George King Architects, Pulsar Party by AKOAKI, Swing Dequindre by Laavu, and Drop Kick Push Pull by U. Sean Vance. Programming included a special performance by Bryce Detroit and Onyx Ashanti.

Detroit became the first American city to be named a UNESCO City of Design, an honor that recognizes a city’s design legacy and commitment to promote cultural and creative industries, joining a network of 116 cities around the world.

Olga Stella becomes the second Executive Director at DC3 after serving as the chief operating officer of the DEGC, bringing business expertise and a vision to drive the organization into its new chapter.

Detroit Looks to the Future

“The 2016 Detroit Design Festival programming embraced this new status, and brought together a powerhouse cohort of thought leadership to unpack ways that design and architecture may be used in pursuit of equity, adaptation and innovation—not just functionality or beauty.” – Knight Foundation

A two day summit taking place at the Jam handy, the Detroit City of Design Summit was a convening for Detroit’s design community and international partners. Attendees explored what it means for Detroit to build a better city through the power of design by exploring what interventions can be made through a process of redesign.

Culture Lab Detroit and MOCAD Museum present a public work by Gary Simmons. As part of an international series of installations, Simmons created an immersive, environmental installation by wallpapering the the space with self-created musical fly posters that reference specific musical styles, as well as their attendant subcultures and sociopolitical connotations.

Design events take over the month of September

Demand for design events in September increases and Design Core partners with Murals in the Market and Dlectricity to expand partnership beyond the weeklong DDF.

A portion of Ally Financials Sponsorship for 2017 was dedicated to the creation of a Gazebo for the Mack Alive Community Center (“Mack Alive”). Design Core worked with Ally to develop an “art in motion” activation for the Gazebo during Eastern Market After Dark and recommend artists/designers to develop pieces of work which were applied to the Gazebo that has since been installed at the corner of Mack and Fisher. Design Core coordinated the execution of the “art in motion” activation, and the installation of the work at Mack Alive.

Detroit Design Festival launches a Designer Putt Putt Competition inviting designers to propose playful and innovative ideas for a Putt Putt and functional furnishings for public use. Thes winning design were debuted at Eastern Market After Dark and Light Up Livernois.

Organized with support from six of the local art and design schools, the Detroit City of Design Summit took place over 7 days at the College for Creative Studies and attracted over 600 participants.

Detroit City of Design and the Future of Work exhibition

Detroit was invited as the guest city of honor by fellow UNESCO City of Design, Saint-Etienne, France, to show the world how Detroit is leveraging its legacy of creativity and innovation at the 10th edition of the Saint-Etienne International Design Biennale in March 2017. A portion of this exhibition returned to Detroit and was on view during the 2017 Detroit Design Festival.

Due to popularity and expanded programming, Detroit Design Festival expands to a monthlong celebration and is now knowns as Detroit Month of Design.

The Junior League Show House takes place in Detroit for the first time at the Historic Fisher Mansion, the largest residence in the Boston Edison neighborhood. Actor Hill Harper hosted the show hose in his home new home and featured a record of 39 interior designers to redesign 43 rooms in the house.

The first Commerce Design Awards launch in partnership with AIA Detroit and Bureau du Design Montreal. This awards honored and recognizeed 10 commercial projects where business owners have hired professional designers to help them in the design or renovation of their space.

The Detroit City of Design Podcast

Design Core launches the first season of the Detroit City of Design Podcast. Host Olga Stella spoke with local and international guests on how design can be used to create conditions for better quality of life and economic opportunity.

Kiana Wenzell is named Director of Community & Culture and leads the programming around Detroit Month of Design.

Design Core hosted 2019 Subnetwork Convening for 30 representatives from 20 UNESCO Design Cities. This convening fostered collaboration between member cities and introduced Detroit’s design community to fellow Cities of Design from around the world.

Design Core debuted the three winners of the first international City of Design Competition at Beacon Park. The competition was an international multidisciplinary competition for designers in the UNESCO Creative Cities Network to prototype design solutions that address safety and walkability for three Detroit neighborhoods: Hope Village, Soutwest Detroit and Grandmont Rosedale.

The National Design Awards in Detroit

The Cooper Hewitt Smithsonian Design Museum hosted the the National Design Award winners at the April Drinks x Design that was held at MoGo. They return to Detroit in October 2019 for a panel disucssion at the Include Conference, a biennial international conference that focuses on issues central to inclusive and people-centered design.

All Eyes Are on Detroit

Detroit’s design community demonstrates agility and innovation as they celebrate 10 years of Detroit Month of Design during a time of pandemic. The first hybrid festival takes place featuring a combination of in-person and virtual events showing the world why Detroit continues to innovate and lead as a City of Design

Design in the City

Design Core receives a grant from Gucci Changemakers Impact Fund to launch Design in the City, a program adopted from a Gratz UNESCO City of Design. Design in the City pairs six fashion and accessories designers, with an emphasis on women and people of color, with commercial spaces to host installations of their work.

Hook Studio recieves a stipend to develop an Augmented Reality experience on 60+ Detroit Month of Design street grips across Detroit.