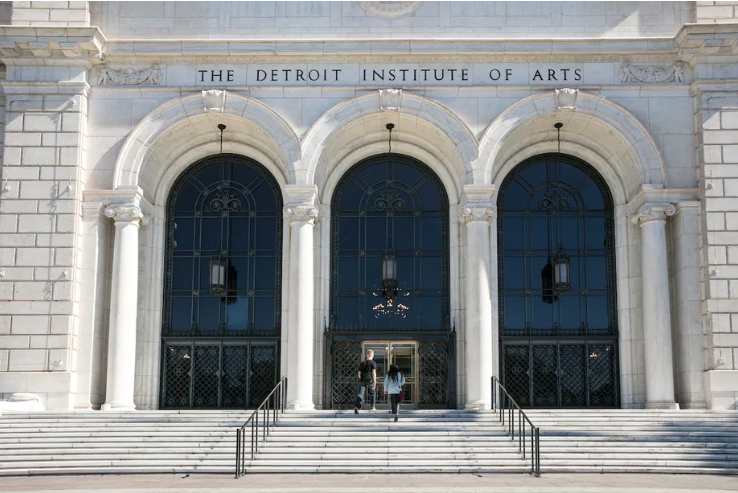 Over the next few years, the area around the Detroit Institute of Arts will be redesigned to better connect the surrounding cultural institutions. A competition is underway to create a more cohesive public plaza in the cultural center; finalists were announced in June. Next week, they’ll be in Detroit to gather feedback before creating their final designs.

The finalists—Agence Ter from France, Mikyoung Kim Design from Boston, and TEN x TEN from Minneapolis—will hold a public workshop at the Charles H. Wright Museum Wednesday, October 10 from 6-9 p.m.

Teams will first give an overview of their ideas, then they’ll each have their own stations so visitors can offer feedback. The event is free, but those planning on attending should register in advance.

Final presentations from each of the teams are planned for January 23, 2019. A winner will be announced in March.

When completed, the plaza should create a public space connecting the DIA, the College for Creative Studies, the Detroit Historical Museum, the Wright Museum, the Michigan Science Center, the main branch of the Detroit Public Library, the Park Shelton, the Hellenic Center, the Scarab Club, University Prep, the Rackham Building/UofM, the International Institute, and Wayne State.