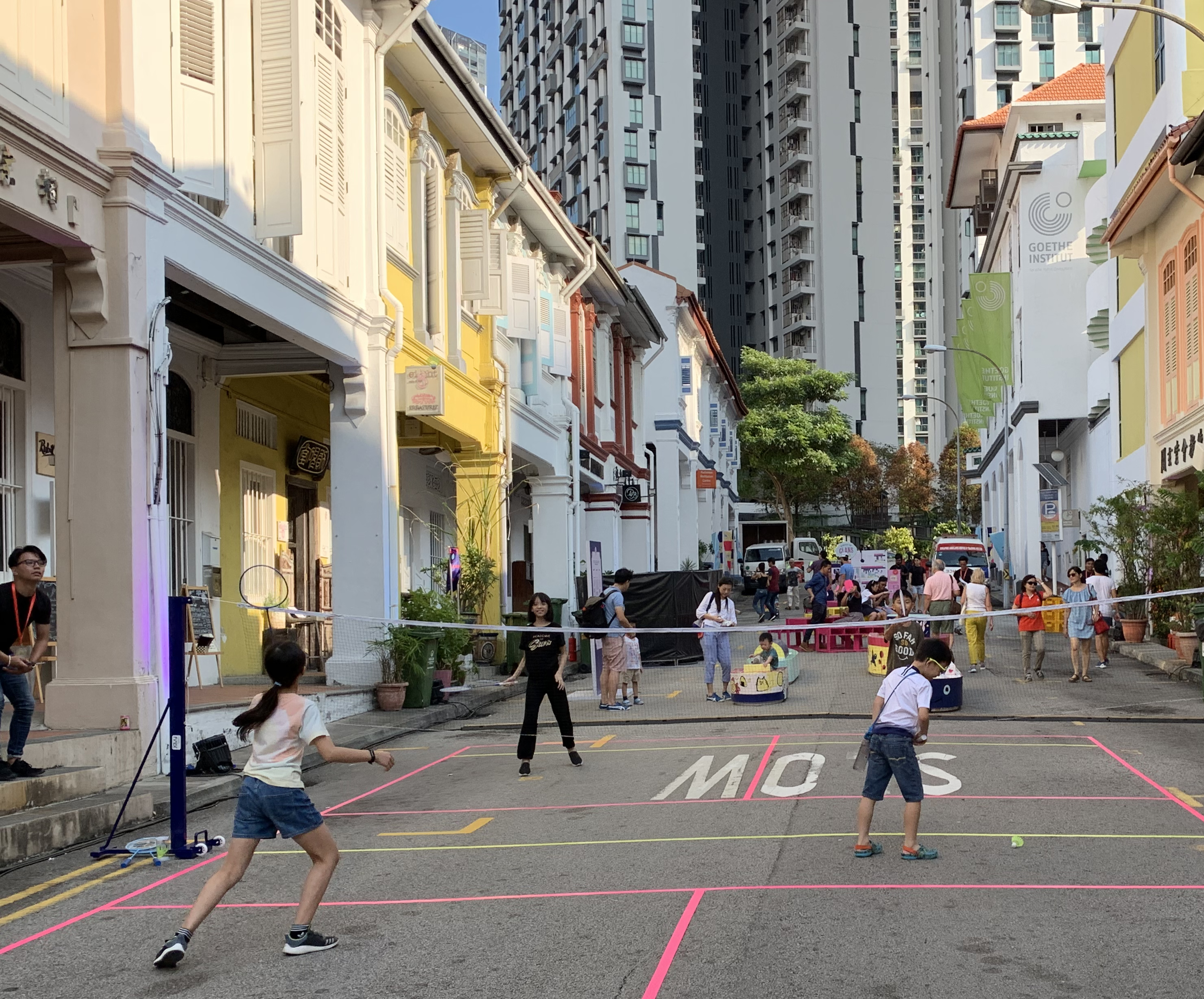 Embarrassingly, most of our knowledge about Singapore before take-off came from the film Crazy Rich Asians. Although we love Constance Wu and Singaporeans are definitely proud of the movie, we were grateful our first night included a visit to the Singapore History Gallery at the National Museum of Singapore. We learned the United States and Singapore share historic similarities: both were once British colonies, fought for independence, and have populations comprised of immigrants to create cultural melting pots. Like the US, multiculturalism defines Singapore’s identity; the Peranakan food we were treated to has Chinese and Malay roots. Although multiculturalism is a strength, tensions often arise in the face of perceived “difference”, as we know from Detroit history, US history, and our current political climate. We were inspired by the Singapore Design Week event, Street of Clans, as a case study for how design can help us be more inclusive and to “learn about the old and see it in a new light."

The creative festival Street of Clans celebrated cultural history, identity and community. Bukit Pasoh Road, a colorful historic neighborhood filled with shops and restaurants is also home to private clan associations (and where in Crazy Rich Asians you heard “Bok, bok, b$tch!”). The clan houses were organized by immigrants to help fellow newcomers adapt to life in Singapore by providing meals, job training, and to keep a connection to their homeland. Normally, these are private spaces, but the Singaporean design team Outer Edit worked with clan leaders to open their doors for a few days to the public. Four participating clan houses were paired with Singaporean artists and designers to create customized installations to celebrate their values such as kinship and unity. For example, the Chin Kang Huay Kuan clan house featured the under-represented logo work of the late Berwin See Hak Gei, and simultaneously showcased the silkscreen illustration work of Ong Lijie which "celebrates the essence of gam zeng, a dancing scene of a new generation honoring the cultures and traditions of their forefathers in a contemporary context." 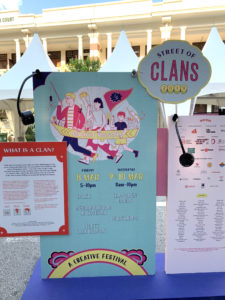 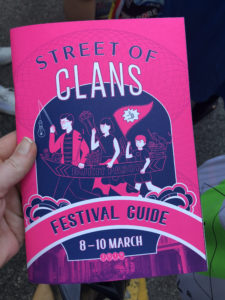 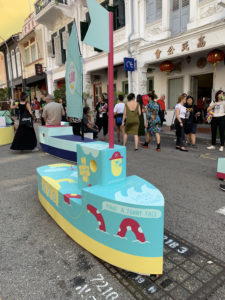 Outer Edit mastered the ability to celebrate history and culture, while still feeling connected to the present and the future through their event design. The branding balanced bright colors reminiscent of the surrounding architecture and nodded to immigrant history through boat design acting as playful outdoor seating. Flags were also used for wayfinding to identify and honor each clan house. The festival’s pop-up signage showed equal importance between the past and the present, featuring elements like  “What is a clan?” next to contemporary illustrator bios. It is important to note that Outer Edit’s presence is felt throughout Bukit Pasoh Road: their office is on the upper floor of one of the historic buildings and they have used their design skills to create brand identities for many of their neighbors. Street of Clans was instigated by their young team. As told to us by their Founder Ryan Tan and Senior Account Executive Rachel Ong, they worked with their landlord, a clan leader, to help advocate the festival idea to the private clan associations. The clan members were included throughout the design and planning process. With Outer Edit’s inclusion of the clans, their aim for Street of Clans to “tell stories of Bukit Pasoh in fresh ways” is authentic, heartfelt, and apparent. Their work created a landscape of children playing a live game of badminton in the colorful street, while musicians performed on a stage designed using yellow milk crates, and elders from clan organizations spoke about their spaces with pride. They educated the public about the street’s past in a modern style, but also created stories and memories on Bukit Pasoh Road for a new generation.

Outer Edit’s inclusive initiative for honoring cultural history could be echoed here in Detroit. We can imagine Hamtramck hosting a similar event where Polish and Bangladeshi history meet, or where Irish roots are celebrated in Corktown, or Mexican culture is showcased in Southwest…all while not ignoring Detroit’s complicated narrative. It will be important for event designers to remember this lesson from Singapore if these festival ideas become a reality in our city: design with people, do not design for people. Our Asian adventure reinforced for us the notion that design can be used to create community, kinship, and unity, only if the design process equally values those ideas. This sentiment seems especially important in our current tumultuous political and cultural climate in the United States, which is driving us further apart from one another.

The souvenirs we brought back from Singapore are intangible. They include themes of advocacy, talent, ingenuity, pride for place, and inclusive practices, all exemplified by Outer Edit’s Street of Clans project. We hope you can visit the festival and Singapore some day, but until then we’re happy to share what we saw and what we learned, and to rewatch Crazy Rich Asians with you anytime.

Thank you to the Singapore Design Council and Design Core Detroit for this life-changing opportunity.